We recommend you check the details of Pricing Plans before changing. Click Here

Do you want to change pricing plan? Proceed Here

We recommend you check the details of Pricing Plans before changing. Click Here

Professor Doyle has been teaching with technology in public and private k-12 schools, colleges, and museums for over three decades. Professor Doyle developed a popular course for adults Learning Photoshop Through Art at the Guggenheim Museum Sackler Center for Arts Education. Professor Doyle received a Cisco Innovation Grant in 2010 for a Game Simulation project at Quest 2 Learn, A NYC DOE iZone School.

As Director of Internet Training at the National Teacher Training Institute for Thirteen / WNET in New York, Professor Doyle has written several Math, Science and Education online courses and was “Teacher of the Year” for his work on the online PBS Olympic Cybershool for the Nagano Winter Olympics in 1998. Professor Doyle is a past president of New York City Independent School Technologists and served on the Technology Committee for the New York State Association of Independent Schools. The work he has done in Game Design with his students has been recently featured on ABC News, the NY Times, the Villiage Voice, Edutopia, Bloomberg Radio and many leading educational technology magazines.

Professor Doyle holds an M.A. in studio art from New York University and a B.S. in art education from SUNY New Paltz.

Rate us and Write a Review 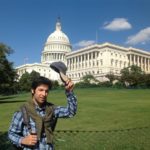